The One Page Dungeon Contest is a yearly competition where aspiring game designers create a role-playing-game dungeon within the space of an 8.5×11 sheet of paper. Dozens of participants compete with one goal in mind: to create the ultimate single page adventure.

After having competed for a number of years, we've decided to offer our 4 previous entries for free through Itch. Download, play, and share however you'd please.

A cataclysmic mechanical failure has occurred in the AURA, a vast underwater facility. Captain Huxley Palloolieth has recruited you to venture downward into the boiler room and recover the valuable crystal power core before the whole facility is lost beneath the ocean. Should be easy... save for a giant squid, undersea phantoms, and an elevator that never stops where you want it to.

Of No Small Power

Thomas Fielding, a D-student at the local wizarding school, has gone missing. Tasked with finding him to recover his huge library fines, the party realizes that the young apprentice has shrunk himself down to the size of mouse and declared himself king of tiny tribe of humanoids known as the Dwindlings. It falls upon the party to enter his diminutive realm, free the Dwindlings, and collect the precious library fines!

For decades, Vesna’s Refuge was a peaceful island sanctuary, home to verdant greenery and abundant wildlife. However, the aborted ritual of an ambitious druid  has cursed the island with blight and madness, transforming the colossal hollow oak tree at its centre from a peaceful temple to a fearsome dungeon. The party has been sent to investigate the refuge and, hopefully, put an end to the curse.

An eccentric wizard named Galiron has summoned adventurers from across the globe to participate in a unique test of skills: braving his deadly gauntlet of traps, puzzles, and monsters. The group that performs most admirably in the gauntlet will be rewarded with riches and glory beyond their imagination! This nonlinear adventure includes randomized loot and room order for added replayability. 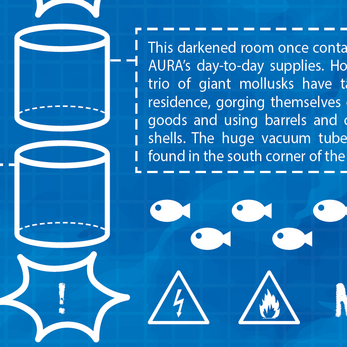 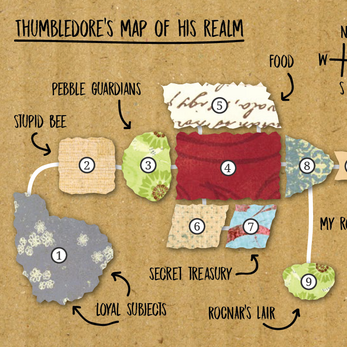 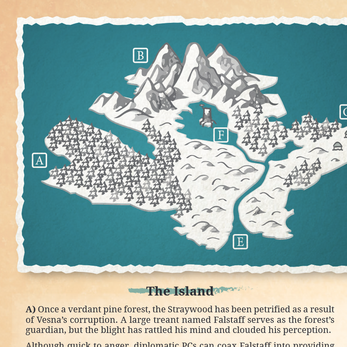 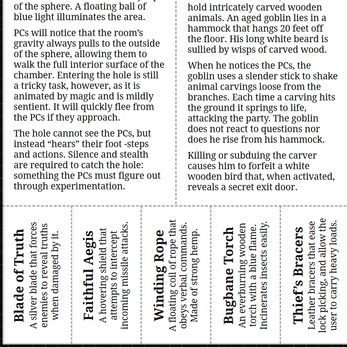